Chinese banks continue to trade at cheap valuations compared to their 5-year averages, with dividend yields above 7%. 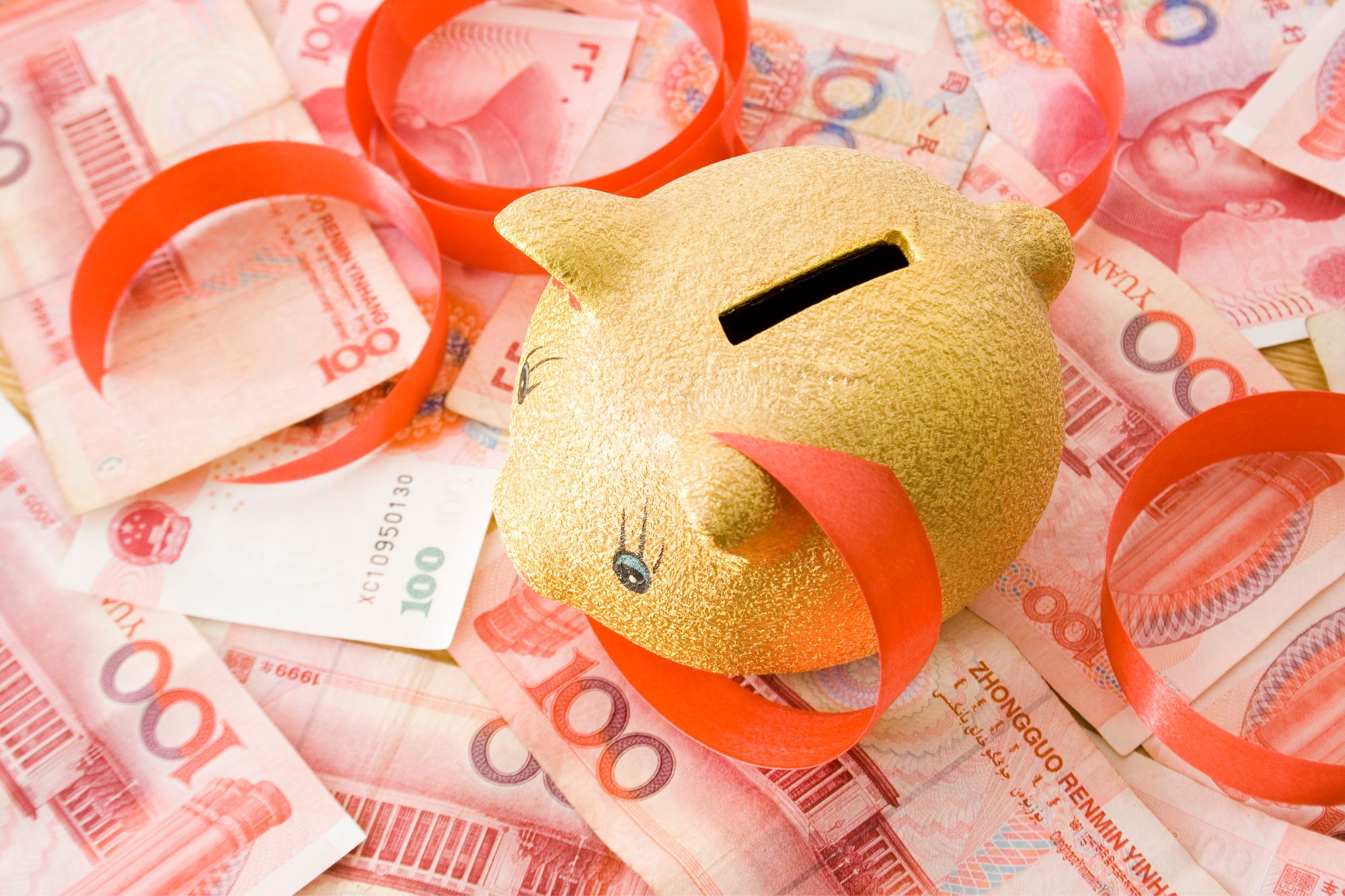 Love it or hate it, many economists predict China’s rise as a global superpower is unstoppable. It has the second largest economy and a large trade surplus, which hit a record $676 billion in 2021. China also has the largest banking sector in the world. In fact, according to S&P Global Market Intelligence, their major state-owned or controlled banks, continue to rank in the top four positions globally with an expanded balance sheet in 2021.

These top four Chinese banks are Industrial and Commercial Bank of China (ICBC), China Construction Bank (CCB), Agricultural Bank of China (ABC), and Bank of China (BOC). Together these big four banks constitute around 5% of the FTSE China A50 Index, which represents the largest companies by market capitalisation listed on the mainland Shanghai or Shenzhen stock exchanges.

However, the representation of these Chinese banks differs within the Hang Seng Index, which is based on the 50 largest and most liquid stocks listed on the Hong Kong Stock Exchange. CCB, which has the biggest market capitalization amongst the four banks, has a 5.33% weightage in the HSI Index, while the smallest of the four banks, ABC, is not part of the HSI Index.

What You Need to Understand About Chinese Banks

The Chinese banking system is highly regulated by the Chinese party to protect the financial stability of the country. The People’s Bank of China (PBoC) which used to be the single financial institution in the country, was repurposed as the country’s central bank in 1982. The government then opened five other specialised banks: ICBC, CCB, ABC, BOC, and Bank of Communications (BoCom) to accept deposits and conduct banking business.

While all the specialised banks have undergone initial public offerings (IPO) and are listed on the Shanghai and Hang Seng stock exchanges, the Chinese government continues to remain as the major shareholder in these banks.

The Chinese government also introduced three more banks in 1994, each with a specific lending purpose. Some of these banks include the China Development Bank (CDB) and the Agricultural Development Bank of China (ADBC).

There are also many other commercial and foreign banks operating in China, with the total assets of all the financial institutions in the country reaching 381.95 trillion yuan in 2021.

Read Also: Chinese Tech Companies Are Down Over 70%: Is Now The Right Time To Invest?

Bank stocks are a favourite among dividend-seeking investors as they tend to provide a stable source of passive income.

Currently, all four major Chinese bank stocks are in positive territory for the first half of 2022 and are trading at attractive valuations compared to their past 5-year price-to-earnings (PE) and price-to-book (PB) ratios. Moreover, these banks are currently trading at high dividend yields of above 7%.

Here’s how the top 4 Chinese banks have performed individually for the first half of 2022.

ICBC is a state-owned, specialised commercial bank that was founded in 1984 to undertake the business of industrial and commercial credit and savings previously handled by the People’s Bank of China. It was subsequently listed on both the Shanghai Stock Exchange and the Hong Kong Stock Exchange in October 2006.

ICBC has been ranked 1st place among the Top 1000 World Banks by The Banker, the Global 2000 list by Forbes, and the Global 500 list for commercial banks by Fortune. It has over 404 overseas branches in 42 countries and regions as of the end of 2015.

Based on ICBC’s trading performance on the Hong Kong Exchange (HKEX), it is up by 2.49% for the year, beginning 3 January to 24 June 2022. According to data from MorningStar, ICBC currently trades at a price-to-earnings (PE) ratio of 4.03 and a price-to-book (PB) ratio of 0.41. It is currently trading at a dividend yield of 7.89%.

In its 2021 annual report, ICBC highlighted that the accelerated shift in monetary policy of major economies and the upward shift in interest rate centers could pose challenges to the banking sector in terms of liquidity management, asset allocation, and optimisation of debt structure. However, it remains steadfast in its commitment to follow Xi Jinping’s guidance on ensuring stability while achieving progress as a world-class modern financial enterprise with Chinese characteristics.

Read Also: Why Every Singapore Investor Should Consider Investing In The China/ Hong Kong Market

China Construction Bank Corporation is a state-owned commercial bank that is listed on both the Shanghai and Hong Kong Stock Exchanges. It provides customers with comprehensive financial services, including personal banking, corporate banking, investment, and wealth management.

In its 2021 annual report, one of CCB’s plans for 2022 was to implement new development concepts and promote strategic expansion and upgrading. For example, it will focus on the construction of a comprehensive house rental service system with financial characteristics.

Agricultural Bank Of China is a wholly state-controlled commercial bank with dual listings on both the Shanghai Stock Exchange and the Hong Kong Stock Exchange since July 2010.

ABC ranked 29th in Fortune’s Global 500 list and is the third largest bank in terms of tier 1 capital as ranked by The Banker’s Top 1000 World Banks.

In its 2021 annual report, ABC pointed to the opportunities to expand its customers and grow in 2022 in key areas such as green transformation and upgrading, advance manufacturing industry and infrastructure investment. At the same time, it mentioned that one of the few challenges it could face is a decline in economic inertia and a shift in the economic cycle, which could affect its asset quality.

Bank of China has the accolade of having the longest continuous operation among Chinese banks. It was established in 1912 as the country’s central bank before it was restructured into a wholly state-owned commercial bank in 1994. It also has a dual listing on the Shanghai Stock Exchange and Hong Kong Stock Exchange since 2006.

BOC is China’s most globalised and integrated bank, with institutions in over 62 countries and regions.

In its 2021 annual report, BOC mentioned that one of the ways it will position itself in 2022 is by forestalling and defusing financial risks and also reinforcing its development protection network. It intends to deepen the establishment of a comprehensive risk management system and improve its multi-tier early-warning system in order to drive businesses in a safe and stable manner.

The Chinese economy may face pressure from shrinking demand, a supply shock, and weakening expectations. Nevertheless, China’s economic fundamentals remain strong in the long term as the government is focused on bringing stability and achieving its growth target of 5.5% for 2022.

China is also stepping up its efforts to foster a new development paradigm featuring dual circulation, in which domestic and overseas markets reinforce each other, with the domestic market taking the lead. This is expected to bring high-quality development in the banking sector.

Additionally, given that these major banks are either largely state-owned or controlled, they will closely align their objectives with the Chinese Communist Party (CCP) leader’s (Xi Jinping) Thought on Socialism with Chinese Characteristics for a new Era, which was outlined in the 14th Five-Year Development Plan (2021 – 2025). This gives grounds to believe that these banks may not face sudden or heavy regulatory and punitive actions, unlike private establishments. Hence, while the current regulatory actions may moderate growth expectations, they give investors a more visible and stable outlook on the Chinese banking sector for the next few years.

Read Also: 9 ETFs You Can Invest For Exposure To The China/Hong Kong Market

Looking to gain exposure to the Hong Kong Stocks here on SGX?

You can do so via Daily Leverage Certificates (DLCs) that allows you to gain leveraged exposure of up 7x on key Hang Seng Indices and 5x on Hong Kong Stocks for both Long and Short direction. DLCs are listed on SGX Securities Market and can be traded through a regular stock brokerage account. Learn more about the product features and associated risks on the Societe Generale DLC website.

This advertisement has not been reviewed by the Monetary Authority of Singapore. The DLCs are for specified investment products (SIP) qualified investors only.

You May Love Eating At Haidilao, But How About Investing In Its Stock?
TerraSeeds’ Binni Ong Shares Why Trading Multiple Instruments Is Important – And How DLC Helps Her Navigate Market Volatility