During the Budget 2021 announcement, DPM Heng Swee Keat mentioned that the government’s aspiration is for every sector of the economy to have some form of Progressive Wages.

On 3 March 2021, Senior Minister for Manpower Zaqy Mohamad announced that the Progressive Wage Model (PWM) will be extended to the Food Services and Retail sectors within 2 to 3 years. These are sectors with the largest number of lower-wage workers and it is estimated that up to 80,000 local workers will be covered under the PWM.

While all cleaners, security officers and landscape workers of licenced or registered cleaning, security and landscape firms already benefit from PWM wages, in-house employees who perform such roles are not covered under the existing PWM. Mr Zaqy also announced that it “will make sense to extend the existing PWMs to benefit up to 50,000 of such workers”.

What Is The Progressive Wage Model (PWM)?

The Progressive Wage Model (PWM) was developed to uplift low-wage Singaporean and Permanent Resident (PR) workers in Singapore. It is currently only applicable to five sectors – the cleaning, security, landscape, lift and escalators, and most recently in January 2020, extended to the waste sector.

These sectors are targeted because of stagnant wages mainly due to cheap sourcing of labour. The Progressive Wage Model works to benefit workers in these sectors by clearly mapping out a career pathway for their wages to rise. This is typically done alongside training and improvements in productivity and standards.

The PWM for cleaners covers all Singaporeans and PRs employed in outsourced cleaning jobs. In the cleaning sector, the National Environment Agency (NEA) administers the PWM. Cleaning companies must meet the PWM requirements to obtain or renew their licences.

A PWM Bonus of at least 2 weeks of basic monthly wages is payable to employees in a given year from 2020 onwards. It is also recommended for team leaders to be paid an additional wage starting from $100 more as they handle more responsibilities.

There are three main groups of workers in the cleaning sector.

As mentioned earlier, the cleaning sector will see sustained base salary increases yearly until 2029. There is also a clear progression path for workers in the industry. This will come along with mandatory training requirements under the Skills Framework for Environmental Services.

Here is how their wages should increase:

The Progressive Wage Model for security officers covers all Singaporeans and PRs employed by licenced security agencies. The PWM ensures security officers are equipped with the skills to carry out their jobs and are paid wages that correspond to their skills and productivity.

Read Also: 8 Things That Employers Are Legally Allowed To Deduct From Workers’ Salary (According To The Employment Act)

The PWM for landscape maintenance employees covers all Singaporeans and PRs employed in outsourced landscape maintenance jobs. In the landscape sector, there is a 4-level career progression ladder. Progressive wages are set at each level, and it requires specific training by the Singapore Workforce Skills Qualification for Landscape (Landscape WSQ).

A PWM Bonus of at least 2 weeks of basic monthly wages is payable to employees in a given year from 2020 onwards.

From 1 February 2021, the portion in red no longer applies, as the landscape sector’s career progression plan has been enhanced.

From 1 February 2021, instead of having one track, the landscape sector will see two tracks: a specialist track and a supervisory track. Wage recommendations are not out yet.

With half of the workers within the lift & escalator sector expected to retire in less than 15 years, the sector became the fourth to come into the Progressive Wage Model in 2018 – under a voluntary model.

On 16 July 2021, the government accepted recommendations to:

#i Extend the existing Lift Progressive Wage Model (PWM) to cover escalator technicians from 2022. This is because most service providers tend to provide both lift and escalator maintenance services in the first place.

This will benefit close to 1,300 lift and escalator technicians, and ensure that skill levels remain high and that we manage to keep a Singaporean core within the sector. Notwithstanding this,

Providing a clear career progression flow will encourage existing workers to upskill as well as attract new talent. from Assistant Specialist performing maintenance work under supervision to splitting between Supervisory roles and becoming a Principal Specialist.

On top of yearly wage increments, workers in the field will also be provided a PWM Bonus of no less than one month of the worker’s prevailing basic monthly wage. This is meant to attract and retain talent in the sector.

A career and skills ladder – under either a specialist track or supervisory track – also provides workers in the sector a clear progression path they can follow.

Most recently, the Progressive Wage Model was extended to the waste sector. Announced on 26 January 2021, MOM’s press release states that up to 3,000 local workers in the Waste Management sector will benefit from the PWM.

Read Also: 10 Types Of Employee Payments (Apart From Salary) That Businesses Need To Pay CPF For

This new initiative will also see similar career progression pathways define in the sector for workers to upskill and ultimately earn better wages. A Tripartite Cluster for Waste Management (TCWM) has been formed to oversee the roll-out of PWM within the sector. This includes:

#2 Develop strategies to support progression up the PWM career ladder, such that waste management workers’ wages can increase with better training, higher responsibilities and improvements in productivity and standards;

#3 Monitor compliance with the PWM and its impact on the industry; and

This article was first published on 3 February 2021 and has been updated with the latest extensions on Progressive Wage Model (PWM) for the cleaning sector and Lift & Escalator Technicians. 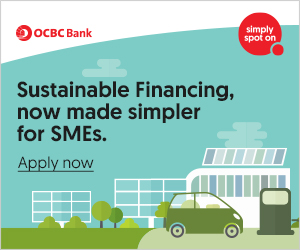 Read More
The JSS scheme has been enhanced at least 4 times in less than 2 months.
PPolicies 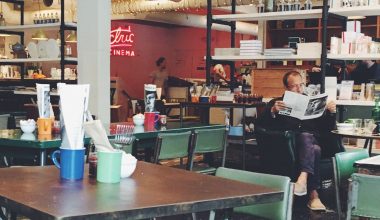