Singapore had a thriving nightlife scene. Many locals and foreigners would usually say that it was not as good as Hong Kong’s Lan Kwai Fong – but at least there was that comparison. Fast forward to today, nightlife in Singapore is all but gone.

Singapore had been gradually easing safe management measures (SMM) until May 2021. On the back of a spike in local transmissions, the government announced tightening measures – sending employees to 100% work-from-home, limiting group sizes and even pausing dine-in, gym and fitness studios from operating.

While this was definitely a hit, the sectors that were most affected were supported in various ways. The biggest chunk comes from the Jobs Support Scheme (JSS), providing enhanced salary support for the affected businesses.

Read Also: Here’s What You Need To Know About The Jobs Support Scheme (JSS)

It’s impossible to fathom that nightlife businesses were not affected, but according to the sectors supported on the JSS, nightlife was not one of them. The JSS provided very targeted support this time around (unlike when it was initially rolled out in 2020). And SSIC Code 93203 – specifically representing “Night clubs, discotheques, dance clubs and karaoke lounges” was not included.

Other targeted support measures also did not feature the nightlife industry. These included the COVID-19 Drivers Relief Fund (CDRF), Sports Resilience Package, Arts and Culture Package, self-employed persons, and others such as the Food Delivery Booster Package, E-Commerce Booster Package and more. Again, nothing for nightlife businesses.

In a broad sense, nightlife businesses may not be as pertinent to Singapore’s ongoing subsistence and recovery as other sectors. While an argument could be made for other sectors under the entertainment umbrella as well, it could perhaps be seen as a lost cause.

We’re also not seeing a strong reaction against this lack of the nightlife industry. This was certainly not the case for gyms and fitness studios that had to temporarily shutter.

In addition, alcohol consumption – a hallmark of any nightlife business – has not been allowed past 10.30 p.m. ever since Singapore first came out of the Circuit Breaker in June 2020.

Certain nightlife establishments such as Zouk has pivoted to offering spinning classes by day and being a cinema venue as well. It has also pivoted to offer dine-in. Its nightclub activities remain suspended for now.

Many more nightlife venues have pivoted to offering dine-in. In a sense, they are no longer nightlife businesses, and have become regular F&B establishments. Perhaps, this is just an interim measure to sustain their business (and pay their rent and employees) before nightlife comes alive again at some point in the future. In the meantime, these businesses can tap on government support measures in their new sector – be in F&B or fitness, or others.

On the other hand, it’s not difficult to see that many nightlife businesses have also exited the scene. Apart from the stories we’ve heard from personal friends, a stroll down boat quay during a weekend night will tell us all we need to know about smaller players without holding power.

When government restrictions ease, the nightlife will definitely come alive again. There is also pent-up demand to just head out.

However, it also remains true – as can be seen with safe management measures easing and then tightening again – that even if nightlife businesses are able to continue, there’s no guarantee that the rug will suddenly be pulled from under the feet again at any moment. Further tightening measures may be re-introduced at any point. This will be an added layer of uncertainty for any business still hoping to open once SMM are eased for the nightlife. 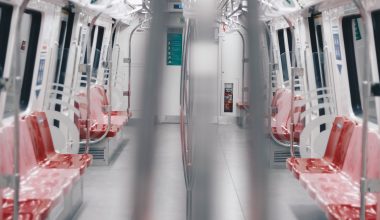