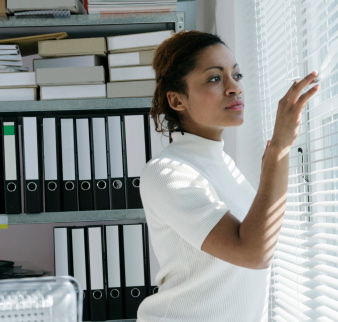 A Singaporean perspective on why we should not feel guilty about job-hopping in today’s working environment.

A lot of the people we talk to about job-hoppers speak about them with great contempt. These people are described as failures, dysfunctional and inherently defective.  They are further dismissed as bad hires with flawed personalities, destined to live out mediocre careers of limited potential.

We read a recent article on CNBC claiming that 87% of workers in Singapore expect to have new employers within the next 12 months. We are pretty sure if you exclude those who are on work passes, this number will edge even higher. Whichever way you look at it, this is a staggering figure.

However, we don’t necessarily think that this is a bad thing. Employers increasingly claim Singapore is a pampered and smothered nation, filled with lousy workers. Employees constantly complain about their bosses and their pay packets. Hence, there are more reasons than ever to have a mercenary-type mindset.

Loyalty to companies is an outdated ideology that does not work anymore. Workers often feel bereft of advancement opportunities as new hires come in to take positions above them that they feel they can fill. It is frustrating teaching new employees under your management how to do their job, it’s infinitely worse teaching your new manager on how he or she is suppose to do their job.

People increasingly see their hard work and overtime in under-paying jobs rewarded with bigger expectations of how they can contribute more. They are often passed up for promotions and given more work as their stints within the company increase. If they are unlucky (or lucky depending on how you see it), they get laid off during times of bad years.

Bosses prioritise loyalty to profit margins over employees in tough times. Gone are the days of roughing it out together or getting a golden handshake after giving your best years to an employer. Even companies like SingTel are finding ways to terminate long serving staff with more creative ways to offer minimal gratitude. Read this article on how workers were “moved” to a Chinese business partner. We can’t afford a legal team so we will just leave you to decide on what this move actually means.

Progressively, bosses are moving towards hiring contract staff that do not get any work benefits and are treated like second-class employees in their own companies. So why should employees show loyalty in return? It makes more sense to show yourself some loyalty, to go after jobs that you want, that pays a fair salary that commensurate with the high cost of living in Singapore and not the salary asked from workers in other Asian countries. To get a job where you can actually spend time with your partner, your children and your parents.

Most importantly, get a job where your bosses actually appreciate having you in the team.

There are also the delusional bosses who think they run the best companies in the world, and that you should be thankful for the opportunity to work for their company. They think they are creating jobs for the local economy while hiring the maximum number of foreigners they are legally allowed to.  They’re also out of touch with young people and make remarks that sink morale in every member of their staff.

Under these bosses, you get no job satisfaction; and you actually get annoyed a lot, and feel claustrophobic even with your Marina Bay view at the desk of your 27th floor office.

2. Job hoppers are go-getters, quite a few of them

Being a job-hopper comes with many perks. You’ve acquired a quick wit after being put into many background cross-examinations by potential employers. You’re always learning fresh things and meeting new people. You feel reassured when you meet your school mates who are still stuck in the same old job with the same lousy work terms after four years of selling their souls and putting in hours of unpaid overtime at their company, which is also, coincidentally, the company they hate the most in this world.

People who are willing to switch up jobs just when it gets comfortable are risk-takers and go-getters. Bosses should want them in their teams. Rather than getting someone who doesn’t mind being stagnated in life, isn’t it better to get a person who wants to constantly be forward moving in his or her career? Wouldn’t you want that type of personality in your company? Someone who takes initiative in his or her life. Or as what we like to call them: outstanding workers.

Another reason why more and more workers are staying in jobs for shorter and shorter durations are because young people are not afraid to chase their dreams now. The younger generation want more than just well paying and stable jobs, they want jobs they enjoy.

They also want jobs where they learn, become better workers, meet new people, work in dynamic projects and the rest on the list. Gen Y workers grew up having it all, and want more. This may appear as a demanding trait but it should not be seen as a flaw. Instead it’s having the strength and character to reach for your dream, and when a worker has that kind of ambition, he or she will put in their best effort in everything they do.

Bosses should strive to have such ambitious workers (outstanding workers) because these are people who will want to challenge themselves and how work is traditionally done. So don’t tell them to accept the same old HR policies that have been in place for the past 20 years, because all they really want to do is to make it better. Be it at your company (ideally), or elsewhere.

They want their work to be an experience of self-fulfillment over the traditional role of money worshipping. That’s not to mean they’re any less committed, they want to have the freedom to do the best job they can instead of committing their working lives to be “yes”-men to please their bosses and be subservient to them. Good bosses will know the difference.

This is perhaps the only reason where strength of character doesn’t come to the fore in the short life span of a worker being in a job.

In modern times, more and more people are being offered contract jobs doing very specific roles that do not have shelf lives beyond their contract period. It does not guarantee a permanent job, and workers are left to find new employment after their contracts. This takes us back to the “Loyalty does not pay” point earlier.

We are also living in a time that is good for Asia, and where unemployment is vastly lower than in Europe or the USA. The unemployment rate in Singapore is at 1.8% right now, so the current generation does not feel as blessed to have a job as much as our parents or grandparents did, or even fellow workers in Europe and America.

All that said, the modern worker must remain relevant, resourceful and effective. Because of their long resumes, hirers have some validity in questioning their commitment. They must avoid falling into the trap of being considered as a difficult person to work with, or someone who has shoddy work attitude.

Also, logically, as a boss, you will resist filling your entire staff with people who are “flight risks”. Sure a couple of mavericks littered here and there could work wonders, but the dangers of high attrition rates at the office can have negative impacts on morale, office stability and consistency of work.

There are many positives and some persisting negative in being a standout job-hopper, and bosses should start seeing the benefits of having such employees as well. These worldly workers could turn out to be better hirers for their employers with their broad based experience, various skillsets, familiarity with the industry, its challenges and inner workings as well as the network of people they know. And relevant bosses will be able to tap into these reservoirs of insight to get the best out of this new breed of highly driven workers instead of always bemoaning the job-hopping culture and constantly critisising such people.