How Does An Early Stage Critical Illness Plan Work?

Before you think about buying an early stage critical illness plan, understand more about it first . 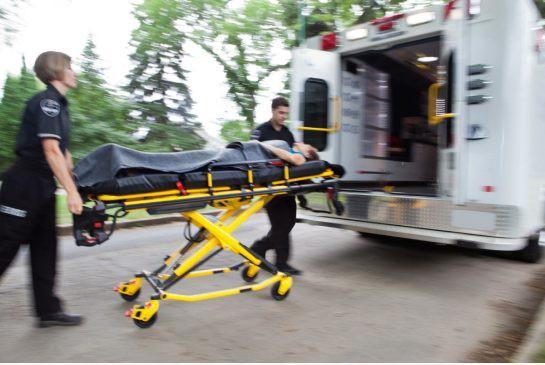 One of the most common types of policy that is frequently marketed by insurance companies and sold by agents to their clients is the Early Stage Critical Illness plan.

A Critical Illness plan is a type of insurance product that pays out a lump sum payment when a policyholder is diagnosed with an illness covered by the policy. The payment does not depend on the policyholder incurring any medical costs or hospitalization admission for the treatment. The money is simply given, with the policyholder having full discretion on what they want to do with it.

Here is the thing about a regular Critical Illness plan. Just because you are diagnosed with an illness covered by the policy does not mean you can automatically claim on it. A regular Critical Illness policy only pays out on the policy upon an individual being diagnosed with an illness that has reached a certain stage, as defined by medical doctors.

Being diagnosed with any of the illnesses is a bad enough situation as it is. An early stage critical illness ensures that a payout is guaranteed, rather than waiting for their illness to develop to the later stages before being allowed to receive the payouts.

What Is Covered Under Early Stage Critical Illness?

When you purchase an Early Stage Critical Illness plan, you will have a sum assured attached to your coverage. If we assume a sum assured amount of $100,000, it means that the policy would provide a total payout of $100,000 in the event of any illnesses.

Do note that not every insurance company would pay out the full sum assured upon the first claim being made. For instance, some insurance company may pay 50% of the sum assured at the early stages of the illness and the remaining 50% when it enters the intermediate or advance stage of the illness. Also, if a person is unfortunate enough to have multiple illnesses, the sum assured remains the same at $100,000. You can’t just claim $100,000 twice for two separate illnesses.

Some of the insurance companies have plans that provide more than the sum assured. For example, the AXA Early Stage CritiCare Plan provides a payout of 150% of the sum assured upon the terminal stage of an illness. In other words, a person who has already claimed the full $100,000 at the earlier stage of the policy would still be able to claim an extra $50,000 upon being diagnosed with an illness that has reached the terminal stage.

What Is Early Stage Critical Illness For?

An Early Stage Critical Illness is a type of health insurance product and should not be seen a substitute for a life insurance plan. The purpose of an Early Stage Critical Illness is to provide a payout to the policyholder to help him or her cope with living and health expenses during the duration of the illness. It is not a cost effective method to provide coverage for our dependents.

Whether or not you should buy an Early Stage Critical Illness plan is something that you need to decide. On one hand, such a policy does not come cheap (you can expect to pay about $100 – $200 depending on your age and duration of coverage).

On the other hand, the illnesses that are covered within the plan are relatively common. The truth is that most of us would know of at least a few people, perhaps even people within our own family, who had these illnesses at one point in their lives. This also explains why premiums are so expensive. If you do get such a policy, remember to go for regular check-ups, otherwise the “early-stage” component of the policy would not be useful.

If an early-stage CI is something that you can afford and you like the protection it offers, go ahead to get it. However, do remember that you should be the one deciding based on an informed decision that you are making for yourself.

Professional and comprehensive fee-based financial advice you can trust, with up to 50% commission rebate when you insure through MoneyOwl

Start planning and stop leaving your future to chance! Seek a cosy shelter for yourself and your loved ones from life’s rainy days. Get up to 50% commission rebate when you insure through MoneyOwl – an NTUC Social Enterprise.

Is Your Company Group Hospital & Surgical Insurance A Big Waste Of Money?
Understanding How An Endowment Plan Works In Singapore