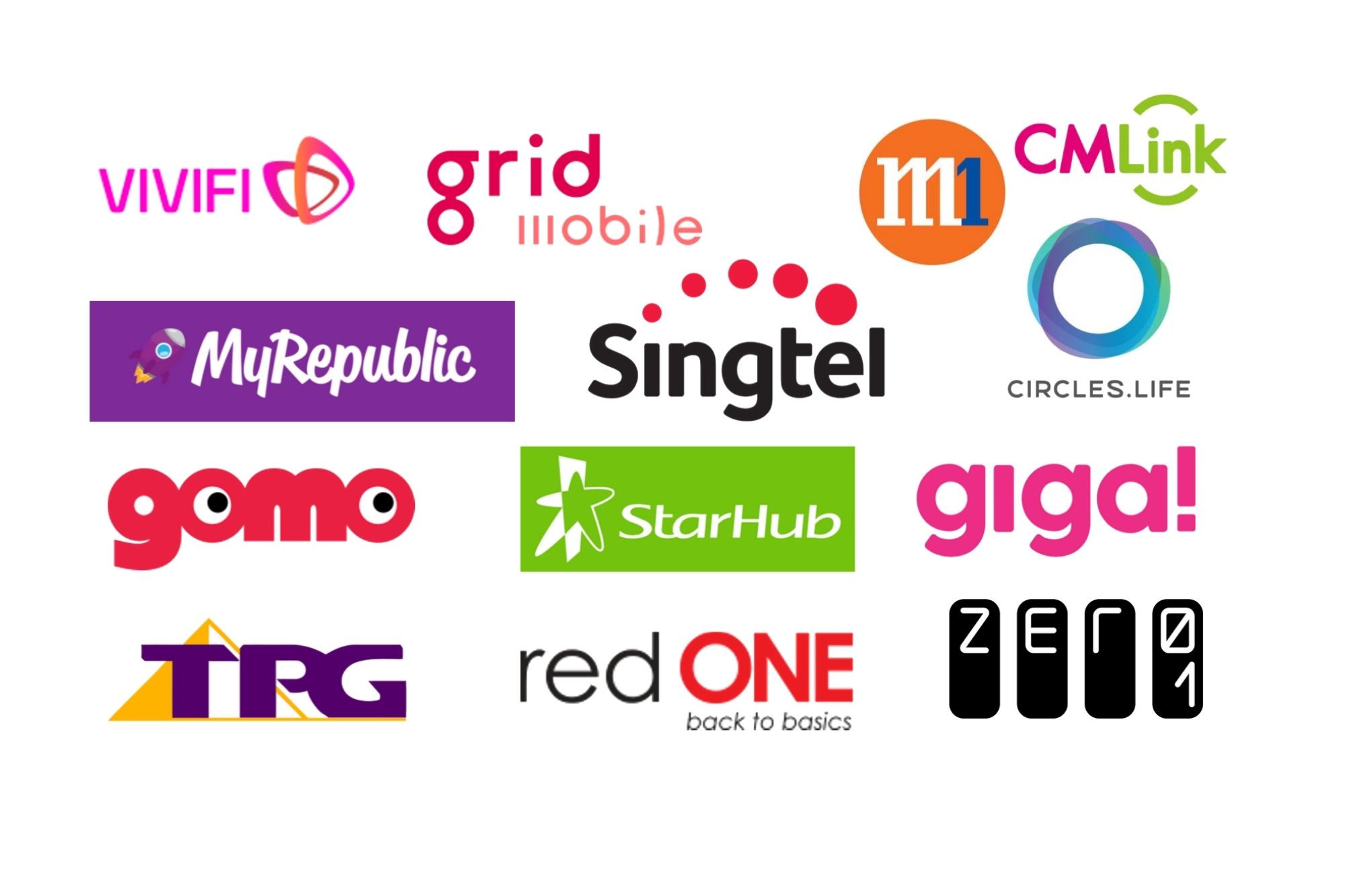 This article is updated to reflect the latest price plans. Additional reporting by Angela Koo.

Many of us spend several hundred dollars or more each year on our mobile phone plans but rarely consider whether there are better mobile subscriptions in the market when our contracts run down. The main reason – we are often lured by seemingly lucrative deals on the latest handphone models rather than trying to source for the best mobile subscription that actually fits our usage requirement.

Often, we end up opting for more expensive plans just to enjoy an initial handset subsidy. To lower the cost of buying the new phone, we also typically trade-in our perfectly working mobile phones which may have nabbed us a better deal if we sold it on Carousell, eBay or even mobile stores on our own.

If we just avoid our compulsion to buy the latest mobile phones, we would enjoy a substantial saving on both handset upgrades AND mobile contracts – by getting a SIM-only plan.

Read Also: [2020 Edition] Best Unlimited Data Mobile Plans In Singapore (Plus: Which Plan Gives The Most 4G Data Per Dollar?)

What Is A SIM-Only Plan?

A SIM-only plan provides users with only a SIM card, allowing us to focus on getting the most suitable mobile plan for our needs with the right amount of talktime, mobile data and SMS texts. Unlike traditional mobile plans, SIM-only plans typically don’t offer a handset subsidy or bundle discounts.

SIM-only mobile plans are also generally cheaper than traditional mobile plans as we only pay for what we need and we won’t be forking out an additional amount for a new phone. We also get to enjoy the flexibility of not having a contract if we choose. This is especially relevant if we want to move to a SIM-only plan because our phones are in perfect working condition or because we may have to move abroad in the near-term.

While SIM-only plans started out as contract-free, some telco providers are now offering 12-month with additional features and perks. These plans also differ from prepaid SIM plans as they are post-paid.

Many Options For Consumers In Singapore

The increasing popularity of SIM-only contracts is clearly evident. The three local telcos – SingTel, StarHub and M1 – all have their own SIM-only plans, as does TPG Mobile, which won the fourth telco license in Singapore.

This has led to further intensification of competition in an already crowded telecommunications marketplace. The main benefactors are the consumers in Singapore (for now), as prices have tapered, and service standards are under pressure to improve, and products more innovative.

What Has Changed In The SIM-Only Space?

Ever since the first edition of this article was published in 2018, we’ve continued to follow the ever-growing SIM-Only space and make updates to the article to keep it relevant.

Here are some key developments since our last update in late 2019.

Singtel announced the discontinuation of its Singtel Wifi service by 1 April 2020, which gives mobile subscribers free access to some 2,000 access points islandwide at speeds that are faster than [email protected] with no login required.

Circles.Life quietly retired its widely-trumpeted  $0 Flexi plan, replacing it with a $5 Plan, though you’ll need to know about it to sign-up, since this new plan isn’t found on their Home or Plans page. On the plus side, Circles.Life has dropped the price of their base plan from $28 to $18, while giving the same amount of data and features.

In March 2020, Zero Mobile’s license was suspended and its directors blacklisted by IMDA for their failure to resolve billing disputes with its customers. That same month, TPG announced the launch of their first paid plan.

Probably because of intense competition, other telcos have adjusted prices and offerings slightly, generally for the better. With more options and cheaper prices than ever before, 2021 is the best time if you’re in the market for a new SIM-Only plan.

We’ll look at the SIM-only plans offered by the different telco and MVNO operators in Singapore to find out which offers the best deal. All promotions and discounts will be disregarded to take away variances that an individual may encounter depending on the time they subscribe.

As the SIM-only plans become more competitive, many providers have started offering more data at even lower prices. Some of the basic plans offered by providers actually start with 20GB of data. As such, the price offerings for between those with basic data needs (less than 5GB) and those with moderate data needs (10GB to 20GB) overlap significantly, with many plans not exceeding $30.

Thus, we model two types of users, those with basic to moderate data needs (20GB and below) and those with extreme data needs (above 20GB), to determine the best SIM-only plans for each.

User A needs a minimum of:

Observations For Users With Basic To Moderate Data Needs

For those who want to spend the absolute minimum on their SIM-Only Plans, redONE’s Amazing8 and VIVIFI’s Lite would be the two top contenders, at $8 and $8.80, respectively. For that price, you get 3GB of data, free caller ID, and a decent amount of talktime.

However, with the intense competition in the telco space, for just $2 or so more, TPG’s 50GB SIM Only Plan is undoubtedly the champion of value. At just $10, you get a whooping 50 GB of data a month, with 300 minutes of talktime, as well as free incoming calls and free caller ID. This offering beats out other, pricier plans.

Meanwhile, certain plans are offering unlimited data, albeit at slower speeds after a certain threshold – 3GB for redOne’s Amazing 8, 6GB for MyRepublic’s Lite Plan, 6GB for VIVIFI’s Plus Plan and 6GB for Zero Mobile’s 6u. These plans give users added peace of mind that they will never get a bill shock for exceeding their data threshold.

Additionally, for those who travel (or will travel in the future), there are plans that offer overseas data usage. redONE’s Amazing 8 data can be used in both Singapore and Malaysia while CMLink can be used in Singapore, Hong Kong and mainland China. TPG Mobile’s 50GB SIM-Only Plan also includes 1 GB data for India, Indonesia, Japan, Malaysia, Philippines and Thailand.

User B needs a minimum of:

For heavy data users (above 20GB), TPG Mobile plans offers the best value with the most data per dollar at $10 for 50GB and $18 for 80GB. TPG Mobile’s 50GB SIM-only is also the cheapest plan offering more than 20GB data.

MyRepublic offers the second overall most value for money plans at 50GB for $20 and 70GB for $29.

Again, for those who travel (or will travel in the future), there are plans that offer overseas data usage. redONE’s data can be used in both Singapore and Malaysia while CMLink can be used in Singapore, Hong Kong and mainland China. TPG Mobile also includes 1 to 2 GB data for India, Indonesia, Japan, Malaysia, Philippines and Thailand.

Read Also: Best Unlimited Data Mobile Plans In Singapore (Plus: Which Plan Gives The Most 4G Data Per Dollar?)

Another group of people who may also sign up for SIM-only plans include parents getting a phone for their younger children as well as the elderly. In certain instances, some within this group may not require a lot data – perhaps due to parents wanting to limit their children’s phone usage or the elderly who aren’t familiar with the feature.

Here are two plans that are targeted at seniors and families:

TPG Mobile’s Seniors Plan is currently the cheapest SIM-only plan available on the market right now. However, only seniors (60 years old and above) may apply for this plan with each senior being able to apply for a maximum of 4 lines under this plan.

VIVIFI’s Share Plan is targeted at families with the ability to share the data, talktime and SMS of the main Share Plan. Each Share Plan can share up to 8 additional lines (VIVIFI Us) with each VIVIFI Us line adding a bonus 2GB data. However, with the cheapest SIM-only plan only costing $8 a month (redOne’s Amazing 8 plan), it may make sense to just sign up for individual lines for every family member instead of sharing a single plan.