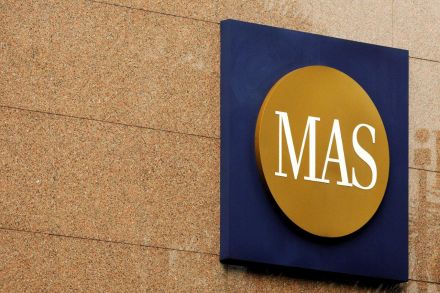 In the past few weeks in Singapore, everything has been somehow linked to SG50. Clothes, fishcake and Hello Kitty toys. Now it seems, even insurances.

Great Eastern has recently joined in the fun by introducing its very own SG50 Guaranteed Saver (SG50GS), which poses some serious competition with our local bank’s fixed deposits. The SG50GS acts more like a saving policy and the product itself is pretty simple. Due to the simplistic nature of the product and the strength of the Great Eastern sales team, it has been generating a significant amount of interests thus far.

Whether it is through forums like Hardwarezone or via a message sent to you by a friend who is a Great Eastern representive, the positioning is simple. You can earn better interest rate through this plan compared to keeping your money in a saving deposit.

The (unfortunate) thing for the SG50GS is that it comes at a time where the Monetary Authority of Singapore (MAS) is intending to launch a very similar product – the Singapore Savings Bond (SSB). Due to the similar characteristics of both these products, comparisons between the two are inevitable.

So the question is. What are the differences between the two and which should you be getting?

Read also: 4 Reasons Why You Should Be Buying The Singapore Savings Bonds

We know there will be tons of terms and conditions but we will just narrow it down to the following main criterias for determining the key differences between SG50GS and the SSB for potential buyers to be aware of.

1. How much do I earn per dollar invested?

SG50GS is pretty straightforward. Great Eastern is promising 2% guaranteed annual payout for every dollar invested. The bond will be for 5 years.

The Monetary Authority of Singapore has provided guidance that the returns of the SSB are fixed based on the prevailing Singapore Government Securities yields and locked in for each issue.

There are barely any differences between the returns of both bonds and that is not surprising, since both are very safe assets to be invested in. To add, MAS have said that the principal investment and interest payments of the SSB are guaranteed by the Government and that it is among the safest possible investment for individual investors to hold.

For the SSB, the interest is a step-up interest and depending on how long you keep the bond, you could earn an interest beyond 2%, if you hold on to the bond for a period longer than 5 years.

2. How liquid is this asset?

For the SG50GS, the maturity period is 5 years. If you intend to withdraw your monies from this product, you may face a penalty for early withdrawl.

For the SSB, you will take a 1-month notice for redemption. The best part about it is that early redemption of the bond will not result in any penalty.

If you do subscribe to the SSB, there is no need for you to decide at the point of subscribing on how long you intend to hold the bond. You can simply redeem the bond anytime you want.

3. How much do I need to buy this product?

The low minimum sum by of $500 seems to put the SSB above SG50GS again since most people in Singapore would be able to participate in it.

In our opinion, the SSB appears better. However, this does not necessarily mean that SG50GS is a bad product by itself. If you compare the SG50GS against regular fixed deposits offered by banks, the SG50GS does appear to be a better solution.

The point here is that the SSB seems like a sure win deal that MAS is rolling out for the benefit of Singaporeans. For a risk-free investment, it is superior to what financial institutions are offering. Perhaps, the only reason why an individual may consider other alternatives such as the SG50GS is because they have already hit the $100,000 ceiling allowed for subscription.

3 Singapore Stocks That Could Benefit From The General Elections
GOLD, Is it time to Buy, Sell or Stay Away?