Movember – Don’t Just Be Aware, Take Action To Safeguard Against The Consequences Of Prostate Cancer

Know, understand and insure yourself. Here is a 3-step process to safeguard your own health. 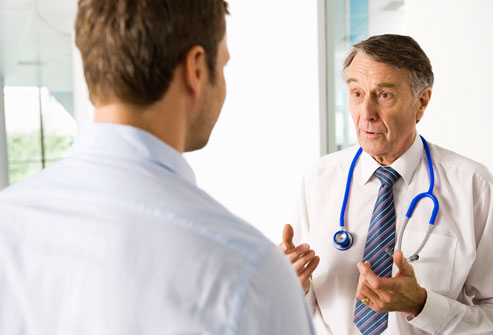 The health scare Prime Minister Lee Hsien Loong gave us all during the National Day Rally 2016 made headlines globally, with news agencies highlighting the surgery he underwent for prostate cancer just last year. Prostate cancer is the number 2 most common cancer among men worldwide, second only to lung cancer.

In Singapore, prostate cancer is the third most common cancer amongst men and accounts for 12.4% of the total cancer diagnoses . In fact, the number of prostate cancer cases here has increased exponentially over the last 40 years.

The good news is, survival rate after five years for men diagnosed with prostate cancer is at 88.5%, the highest across all cancer types amongst males in Singapore. This is primarily because of earlier detection as well as the availability of high-quality treatment and cancer management which, of course, come at a cost.

So, as we move into the month of Movember which focuses on increasing awareness about men’s health issues including prostate cancer, let’s not only seek new knowledge about prostate cancer but also actually take action to safeguard ourselves from the potential consequences of prostate cancer.

Men should make choices that benefit their overall health for prostate cancer prevention. That said, other non-controllable risk factors such as family history, age and race also affect the probability of a person developing prostate cancer.

What then can men do to protect ourselves and our loved ones against the consequences of prostate cancer?

Think of it as a three-step process: know your health, improve it and get adequately insured to protect you and your family should you be diagnosed with the illness.

Doing so can allow you to focus on getting the best treatment available and making a full recovery after, rather than being burdened by the knowledge that you may not be able to afford the medical procedures required and that your family is in a financially precarious situation. As the pre-eminent life-insurer, AIA Singapore has a role to play in supporting families in Singapore and this is a responsibility we take seriously. To this end, we introduced AIA Vitality, a world-leading wellness programme that gets people living healthily by providing them with tools, support and incentives which reward members for making healthy choices every day. These choices inevitably become good habits that improve their overall well-being.

Here’s what the three steps entail to prevent and safeguard against the consequences of prostate cancer on you and your family:

Go for regular screenings and health checks especially as you get older because the chances of men getting prostate cancer rises rapidly after the age of 50.

Cancers in Singapore tend to be detected later than in other developed countries despite Singapore’s vision to become a world-class healthcare services hub.

While prostate cancer patients in Singapore have high survival rates, this can be further improved with early detection which also means earlier treatment, increasing the chances of beating the disease.

Screenings such as prostate-specific antigens (PSA) tests and digital rectal exams (DREs) help monitor prostate health so swift action can be taken if anything concerning is identified.

Making choices to maintain a healthy weight is important as obesity may increase risks of developing prostate cancer. This also means keeping to a healthy diet and exercise regime – habits which are encouraged for everybody’s overall well-being, regardless of gender or whether you are concerned about being diagnosed with the disease.

Going low-fat, increasing intake of fruits and vegetables, and eating fish to add omega-3 fatty acids to your diet are some ways to reduce risks of developing prostate cancer, according to research findings.

On getting adequate exercise, men are recommended to engage in at least 150 minutes of moderate or 75 minutes of vigorous physical activity weekly as studies indicate that following these guidelines may be associated with better prognosis. In fact, walking four to six hours a week has also been associated with a one-third lower risks of contracting prostate cancer.

Two aspects of insurance are most relevant when an individual is diagnosed with a critical illness such as prostate cancer. The first is medical coverage, and the other is income replacement which is crucial especially when one is unable to continue working.

Medical coverage is provided by MediShield Life, complemented by Integrated Shield Plans (IPs) and riders, to provide essential pre-, during- and post-hospitalisation coverage. This covers a portion of the high costs that can incur from cancer treatments.

The second type of coverage which is equally crucial but often overlooked is provided by a critical illness (CI) plan. Payouts from a CI plan can cover the loss of income should one be unable to work as a result of the condition.

Unfortunately, getting a CI plan for income replacement is something many people often forget or simply overlook to their own detriment. This could lead to savings depletion or even debt when one has to stop work because of a critical illness like prostate cancer and could no longer pay for ongoing expenses for themselves and their family.

3 in 4 (75%) Singaporeans who have been diagnosed with a critical illness condition had to stop working fully or partially, and approximately half of them (47%) were the sole breadwinners in the family[1], according to findings of the AIA Health Matters Survey 2016.

This is where critical illness coverage plays a crucial role in protecting individuals and their family with payouts to provide financial support and stability.

It is often said that prevention is better than cure, and in reducing the risks of developing prostate cancer, prevention means making the right choices to live a healthier lifestyle. But there is also another saying about how it is better to be safe than sorry, and that is where investing in adequate insurance protects both you and your family against the potentially dire consequences of critical illnesses such as prostate cancer.

This article was contributed to us Mr Richard Wyber, Head of Healthcare and Vitality, AIA Singapore

What Should Stock Investors Do Now That Donald Trump Is President
Why A Technical Recession Is An Important Indicator For Singaporeans?