Does It Make Sense To Buy Your Next iPhone On Circles.Life Instalment Plan?

Marketing gimmick or a geninue value proposition? You decide. 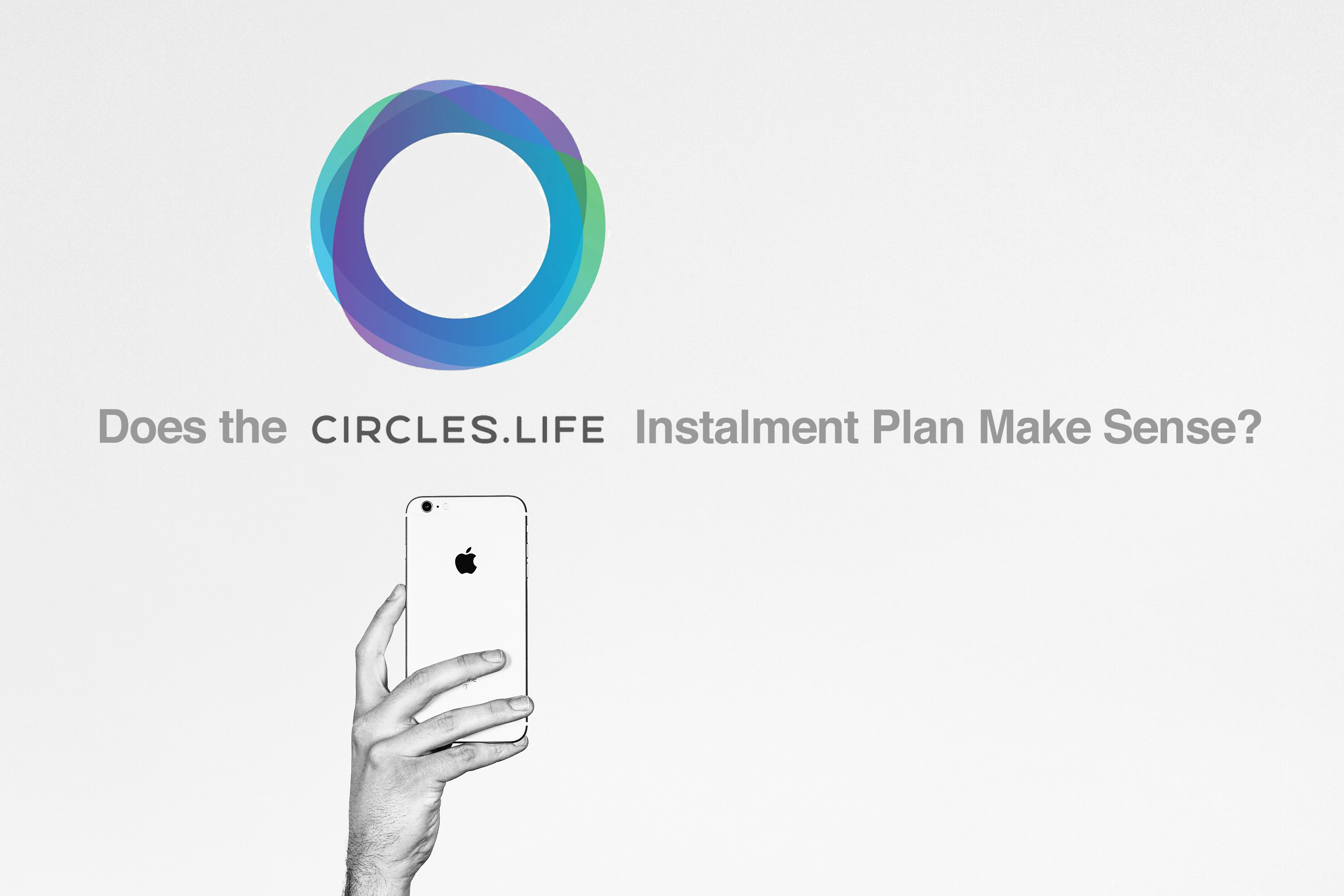 Whenever a new iPhone is announced, telcos in Singapore will be quick to capitalise on the iPhone craze, getting both existing and new customers to sign up for new 2-year handset subsidy plans. The idea here is to strike while the iron is hot. Or in this case, to get people to lock themselves in to more expensive 2-year mobile plan in exchange for a “subsidy” on their new mobile phones.

This year iPhone launch brings with it a new player in town – Circles.Life. With a commitment, or as some may even say, a mission, towards ensuring that their customers no longer have to sign up for mobile plan contracts ever again, one would expect a new iPhone launch to be detrimental to Circles.Life, since the company does not provide any new handset subsidy plans.

But this has not deterred Circles.Life from jumping in to offer its own deal in order to attract customers who want a new iPhone. It’s solution – an interest free instalment plan.

The first is the default no contract Circles.Life base plan. This costs $28/month and comes with 6GB of data, 100 mins of talktime and a few other perks. We are not going into the details in this article but you can find out more about the plan on their website if you are interested.

This is nothing new and we have seen such interest-free instalment plans offered before by banks for many other products such as gym and spa memberships.

If there is nothing really unique about these interest-free instalment plans, why is Circles.Life hyping this up to Singaporeans?

The reason here is simple. By allowing users to sign a basic no-contract plan for $28/month, and at the same time, assisting them to buy a new iPhone through an interest-free credit card instalment plan, Circles.Life is able to deliver greater savings to customers compared to other traditional 24-month handset subsidy plans.

In a separate article we wrote, we noted the difference in total amount paid after 24 months.

At first glance, it might seem that Circles.Life offers the best deal, even after taking into account the extra $2 you will need to pay per month to enjoy free incoming calls for its base plan.

In addition, while the other plans still require customers to fork out some upfront cash for a new iPhone, it’s $0 upfront if you go with Circles.Life.

Read Also: Getting An iPhone 8, 8 Plus Or X? Here’s How Local Mobile Price Plans Compare

When compared to traditional handset subsidy plans, the Circles.Life plan looks cheaper. But what if we were to compare it to other SIM-only plans in the market?

We have written previously about the Singtel SIM Only plan so we decided to compare the Singtel and Circles.Life base plans.

Do note that in all our comparisons below, the SIM only plans are not precisely an apples-to-apples comparison, since each telco will make an effort to differentiate their plans from one another. In order to account for this, we have tried as far as possible to provide the closest comparison between the plans. Circles.Life comes out slightly ahead in the first comparison.

However Circles.Life does not offer any contract plan. This is sold as a unique selling proposition for the company. However, if you are looking for a SIM only plan and wouldn’t mind opting for a 12-month contract in return for additional benefits, Singtel is able to offer the following.

Though it provides 50 less minutes, the Singtel SIM only plan is about $3 cheaper each month compared to the Circles.Life base plan.

Here’s the price comparison over a 24-month period once you include the price of an iPhone 8 (64GB).

* 150 minutes talktime, compared to 200 minutes for the other two plans.

While Circles.Life’s value proposition of only offering contract-free plans is a nice touch for Singapore consumers who are used to being tied up by 24-month contracts, its not the only telco to do so. The three traditional telcos, Singtel, M1 and StarHub all have their own version of contract-free plans that customers can opt for.

When compared to these other SIM only plans, the savings (while still present) isn’t as significant. In addition, users who are okay with signing up for a 12-month contract are also able to extract additional benefits from these other traditional telcos, something that Circles.Life pride itself on not offering, even if customers are agreeable to it.

The only unique proposition here is that Circles.Life (or rather, its banking partners) facilitate the option of allowing customers to pay for their iPhones over a 24-month period, compared to other SIM only plans where you may still need to pay for the same amount upfront.

That being said, consumers should note that Apple also offers a similar 0% interest for its instalment plan over 12 months, so it’s possible as well for consumers to get a similar deal through opting for their own SIM only plan with the telco of their preference, and to get a 12-month instalment plan with Apple directly.

5 Financial Traps Of Online Shopping: How You’re Being Made To Spend More And How You Can Avoid It
A Cashless Future: Why Our Children Will Learn The Value Of Money Differently, And Why That’s Okay