Income Inequality In Singapore [Election Indicators]: No 5 of 8

It is easier to become richer when you are already rich, and it definitely sucks to be poor in Singapore. 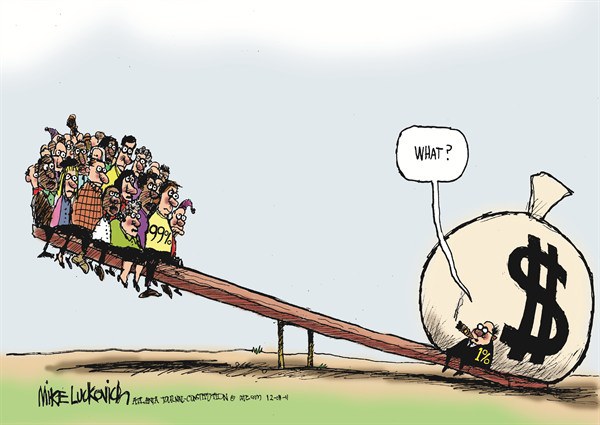 Income inequality has been a hot topic in Singapore for a long time. On one side, we have outspoken individuals, opposition groups and independent media outlets constantly shoving Gini Coefficient comparisons between Singapore and other developed nations into our face, usually ending with the conclusion on how far we are lagging behind these other countries.

On the other side, our government continues to reassure us that all is fine, and that they are doing a good job with wealth transfer, where taxes are taken to help reduce the income inequality between the rich and the poor.

So who should we believe? And if income inequality is really a problem, just how bad is it?

The Gini Coefficient is the leading indicator recognized by most countries when it comes to measuring income inequality. Our friend Ryan over at The Middle Ground has written a really good article explaining it. We recommend you to have a read at it if you don’t quite understand the Gini situation in Singapore.

Scores are measured between 0 to 1. The lower the number, the more evenly distributed income in a country is.

The information presented in the table above should be self-explanatory; Singapore Gini Coefficient is pretty similar to other developed nations so there is nothing odd or unique about our situation. What is special, however, is the fact that after taking taxes and transfers into consideration, our Gini Coefficient still remains above the 0.4 mark, while other comparable nations all dipped below 0.35.

A look back at the historical trend for Singapore’s Gini Coefficient does not suggest that the trend is changing anytime soon. Our Gini Coefficient before and after taxes and transfers has pretty much remained the same over the past 10 years. Once again, there is nothing in the statistics to suggest that this would change.

Another way to observe income inequality will be to compare the ratio between the monthly household income per person of the 90th percentile in Singapore (i.e top 10%) against the 10th percentile (i.e. bottom 10%). This is what we found.

From the data, we can see once again that the figures are pretty consistent. The top 10% of working household in Singapore are bringing in an average of about 9 times more money per household members compared to the bottom 10%. While this method is more simplistic than the Gini Coefficient, it tells a similar story: that the magnitude of the income inequality challenges in Singapore remains the same today as it were 10 years ago.

We now turn our attention towards inflation. Earlier this week, we touched upon the changes in the consumer price index over the past year as well as changes in wages across the various groups in Singapore. What happens when you combine the two together?

The usual economic way to look at this would be to look at the percentage changes in nominal wages and compare it against the inflation rate. In our previous article, we wrote that the changes in monthly household income at the 10 percentile were an average of 3.5% per year (over a 3-year period) while the inflation rate over the same period was 2.6%, giving a real wage growth of 0.9% per year.

Most economists would look at it this way, and possibly, our government as well. The conclusion therefore would be that while poorer people were not enjoying as much real wage growth as their richer counterparts in the country, they are still doing better at the very least.

But that’s not necessarily true.

Inflation Affects Everyone Across The Board

Ming Feng wrote earlier this week about the changes in the consumer price index over the past 1.5 years. If you have read the article, you would have known that any price change affects everyone in Singapore indiscriminately. If the inflation rate is 2.6% per annum, the extra cost everyone would have to bear will go up in tandem.

For example, for a household of 4 family members who spent an average of about $300 per month on public transport, an increase of 2.6% would translate into $7.80 more spending. This additional cost is incurred, regardless of what your income level is. A household, which is pulling in $13,188 (75 percentile), will not feel the pinch of the additional cost.

How Much Do Singaporean Families Actually Spent

To have a taste of how much Singaporean families are actually affected, we have to look at the actual on-the-ground spending and do a little comparison. Here is what we found.

Not surprisingly, spending has increased across the board by about 20 to 30% for all groups.

The table above illustrate two things which all of us somehow already knew. 1) It is easier to become richer when you are already rich and 2) it sucks to be poor in Singapore.

While inflation affects all of us, it is the people at the lowest income level which are most affected by it. Yes, the rate of their wage increment might be “outpacing” inflation on paper, but that doesn’t translate into them doing better. We can give a person a 10% raise from his $500 salary to $550 ($50 increment), but it doesn’t mean his 10% raise outweigh the inflation rate of 5%, not if he is already spending an average of $1,100 per month. In that case, 5% more equates into $55 and $55 (inflation) > $50 (increment).

And that’s why Government taxes and transfers indicated in the Gini Coefficient is so important. And perhaps even more so that what most people credit it for.

Unless indicated otherwise, all statistics taken from the Singapore Department of Statistics

Vote For Yourself, Not For Your Neighbour
Unemployment Rate in Singapore