Here are some great reasons to travel to your favourite country during the December holidays. 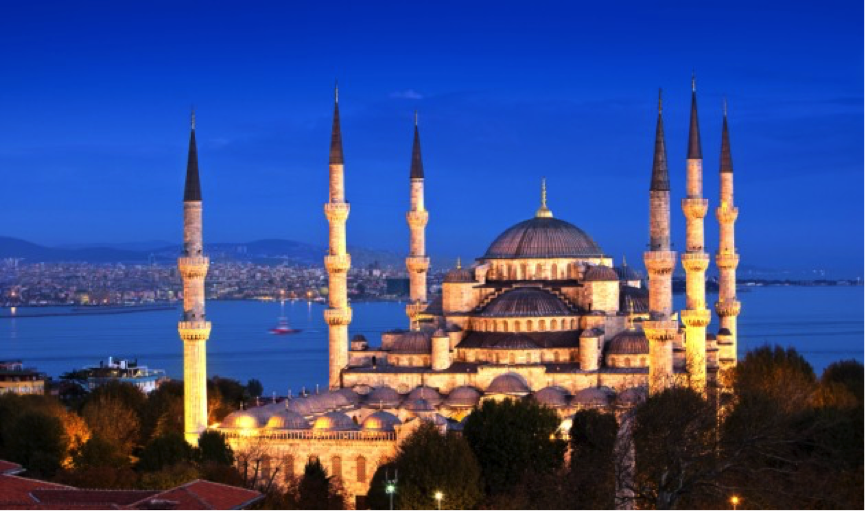 It is once again the time of the year when people are busy planning on their year-end travels.

And while we are fans of experiential learning through traveling, we are even bigger fans of getting a great deal in an awesome country. And nothing beats travelling to the exact same country that all your friends have previously boost about traveling to, but being able to get more bang for the buck due to the depreciation of their currency relative to the Singapore Dollar (SGD).

Let us take a look to see which countries made it onto our DollarsAndSense “Make Use Of The Exchange Rates” list.

The birthplace of democracy just happens to be fifth on our list of top five destinations to visit. The country do not only produce heroes such as King Leonidas and Alexander the Great, it also has some of the most beautiful historical structures in the world.

As we all know, Greece has been plagued with a prolonged economical crisis that is currently still in reparation works. Decreasing inflationary pressure is a residual effect of its troubled economy, therefore reducing the cost of living, and potentially, how much we need to spend when we visit them.

Greece’s official transection currency is the Euros. With the Euros sliding down by 6% from last year, we can get approximately €65 now as compared to €62 for every SGD100. Do not belittle this €3, it can get you into places such as the Ancient Corinth and the Museum of the City of Athens. Some of the most beautiful natural attractions in the world such as Niagara Falls and the Canadian Rockies are located in Canada.

Our Singapore Dollar has appreciated by 7% against the Canadian Dollar (CAD). This means that we could get CAD93 instead of CAD87, for every SGD100. The extra CAD6 can get you into the beautiful Notre-Dame Basilica. Or if you just like a drink, their domestic beer would cost about CAD5-6 as much as well. Cheers!

Canada is ranked the 7th most peaceful country in the world, according to the Global Peace Index, which is higher than 24th ranked Singapore.

Just to add another entirely unrelated point. The current Canadian Prime Minister, Justin Trudeau, is probably the best looking politician around in the world. Makes you wonder if every other Canadian dude may look the same. Source – That’s their prime minister, not the captain of their football team.

“There’s nothing like Australia”. That’s what the Aussie would say.

Named as one of the most dangerous continent on Earth, Australia has one of the best beaches for surfing and the most awesome reefs to explore.

And just when we thought that Singapore would be one of the most peaceful countries on planet earth. Australia (like Canada) is another country that beats us to rank number 9.

As for places of interest, there are the 12 Apostles, the Uluru, climbing Sydney Harbour Bridge and the Great Barrier Reef.

Australia has taken quite a beating with the slowing economy of China and Japan, who are Australia’s largest trading partner. The Australian Dollar (AUD) has depreciated by 13% against our currency. We can approximately get AUD100 for every SGD100 now (or 1-for-1), as compared to AUD88 a year ago. Our beloved neighbour has been the top destination for a quick Singapore weekend getaway thanks to their close proximity. Simply by hopping across the border, we wonder how things can actually be so much more affordable in life. Petrol at less than SGD1 per litre, milk powders which costs 3 times cheaper and a good seafood dinner for 5 at less than SGD40.

Remember the good old days when we used to say “divide by 2” when we buy anything over at Malaysia in the 90s? Those days are now long over. Even “divide by 2.5” is no longer accurate.

Ever since the Malaysian Ringgit (MYR) slid off by 19.1% against the SGD, we are now going by the “divide by 3” rule. For every SGD100, we can get approximately MYR307 now instead of MYR257 from a year ago.

With the extra MYR50 we might very easily get ourselves 10 decent meals at their road side hawkers, which serves great tasting dishes. The country that tops our list for 2015 is Turkey. Sitting between Asia and Europe, Turkey is one of the most important countries with a rich history that is important to both Christianity and Islam.

As the Roman Empire grew from Europe into Asia, the city of Istanbul (formerly known as Constantinople) was inaugurated as the capital city of Rome by Emperor Constantine the Great.

There Christianity blossomed due to the influence of the Roman Catholics. Approximately 1,100 years later, the Ottomans took over the country and renamed the great city, Istanbul. The country flourished again under the Ottomans. During this time, the Islamic religion spread across Istanbul and the rest of Turkey.

If you are already in awe by our short description, wait till you actually visit the country. When you travel there, you can witness the grandeur of both church and mosque structures, which tells stories from more than a 1,000 years ago.

The Turkish Lira (TRY) has depreciated by an incredible 20% to TRY208 from TRY172 for every SGD100. An extra TRY36 that can be used to enter multiple historical sites and satisfy many meals in Turkey.

With 20% more in purchasing Lira, Turkey tops the DollarsAndSense “Make Use Of The Exchange Rate” list.

Do you agree with our list? Which other country do you think should be added to it? Share with us your thoughts on our Facebook Page.

3 Reasons Why Evian Water Is So Expensive
Why Is Singapore One Of The Most Expensive Cities To Drink In?